Rymdigare is a creative take on reverb, that can be turned into a tape delay, resonator, waveshaper, or a drone machine. The graphics are beautiful, entertaining and visualize what is going on with the reverb controls.

There’s lots to explore in this sonic playground so I got in touch with the app’s creator Erik Sigth of Humbetune. In the conversation that follows, Erik shares how the idea came about, talks about unique features, and wraps it up with a bit of philosophy on the conversational element of the app.

Can you talk about the name Rymdigare?

The name came fairly early in the process while implementing and testing the reverb algorithm. Once I had a name that kind of informed a lot of the visuals and controls and eventually the making of a story. The word is Swedish, well kind of. It’s not an official word but it would translate to something like more “rymd” or more space, where “rymd” can mean a specific space like a room or that big thing out there past the sky.

In some ways, I think rymdigare is as much a reverb as it is a deconstruction of a reverb. It has the components of a reverb but how you use them is up to you. For example, the box lengths can be tuned to specific notes in one mode, making it more of a resonator than a reverb. Skew controls can shift the weight of the boxes making it sound more like a tape delay than a reverb.

This is a unique approach with reverb, sound generators, and a story. How did this idea begin?

It started with just playing around with algorithmic reverbs letting the sounds it was making guiding the visuals and everything else. I knew I wanted to make something being more than what it seemed, but the story wasn’t the first idea. Originally I thought I would make a hidden space shooter game. I always like the idea of games like Frog Fractions, which was a game that at first seemed like a game about a frog and maths but after a while turns out to be something completely different. Now, rymdigare is not that extreme and along the way, this idea of a story took form instead of a game.

Once I knew I wanted a story, I didn’t think I could write it myself, because I am really not a writer. I kind of had a person in mind I could ask to possibly write it for me, but I then needed to work the story out roughly so I could give the writer enough details to get the story I wanted. Somewhere during that process, though I felt suddenly, I have enough structure and story here I just need to fill in the gaps myself. So, that’s what I did.

After many lunch walks along the town river I had a story about 5 mysterious reverberation boxes found during an off-planet mining expedition, being transported back to earth.

What are the controls on the Radio noise generator are doing?

Volume controls the overall noise levels. Band controls the envelope speeds of the different noise channels. The smaller value for the band the faster the envelopes. Then there is also the possibility to tune the noise buffers by opening the keyboard. The keyboard has a setting for hold which is simply to keep the keys pressed after physically releasing them and tone tracker range sets the range for the possible notes the tuning can make.

So for example, to hear how the tuning works, set a really low band value, which will make it generate new tunings more often.

What are the Speed and Level Degrader controls

These are part of the radio, they have the possibly cryptic names, antenna angle, and time dilation compensation. Where antenna angle degrades the amplitude or level of the signal. Think of it like certain angles get better and certain angles get a worse signal. With time dilation compensation turned completely down you can really see time stretch and compress.

How do you utilize the tail control for the reverb?

I see this as a bit of an amount control. Sometimes dry/wet is the perfect way of controlling the reverb amount but sometimes controlling the tail is nicer. I like dialing it back on things like drums and other short fast sounds like that. Where you want some kind of reverb or space but want to avoid a blurry carpet of frequencies.

The reverb section has a slider for adjusting reverberator weight skew from smaller to larger. Is this similar to a mix control between algorithms?

If skew is set to the middle position ie. “full”, all boxes contribute equally as much to the sound. If skew is set to the top position at “larger 100%”, you can only hear the first box. At this position, it is more of a tape delay than a reverb. At the bottom position at “smallest 100%”, you can only hear the fifth box. At this position again we have more of a delay line but a much smaller one because of the ratio parameter. In the settings between these, you will land somewhere in between a reverb and a delay sounding fx.

Do you need to modulate the Reverb Weight Skew to hear what the Reverb Ratio is doing?

No, I think you can hear the effect of ratio simply by changing the ratio on its own. The graphics of the boxes are maybe the best way to visualize what it does. It is simply a 1 control knob to set the size of 5 boxes. I could have made 5 controls where each controlled the size of 1 box each, but I think this is a neat way of doing it, with less clutter.

How does adding variations alter the sound?

It is a very subtle effect and hard to hear, but you really notice when is not there. What fluctuation does is that it changes the size of the boxes slightly over time. Variation adds some randomness to how much boxes change in size. It can give a sense of stereo width and also help reduce metallic sounds. At the extreme settings of these controls, it creates a detuned and somewhat chaotic reverb tail.

The Octave X/Y setting controls the up and down buffer size. What effect does that have on the sound?

Buffer size is a bit of a balancing act in a time-domain pitch shifter, which is why I decided to give the user the option to tweak this themselves. A long buffer generally means a better sounding representation of the incoming signal at the expense of more latency. Making the buffer smaller will make it more snappy but it can also create more sonic artifacts from splitting the signal up and stitching it together again.

The dialog between characters is a fun aspect of the app, will it surprise us for a long time?

It’s not a super long story, about 20 different conversations I think. If you just wait for them to show up I guess it would take a bit of time but some users, by the looks of it, have also figured out the way of triggering any story manually. All I will say is that it is possible. The story itself is a conversation between the pilot of the ship Emilia and Frank a person back on earth. In some ways maybe it’s a story of how we all felt this past year, being astronauts in our own homes, during the pandemic. In some ways maybe it’s a microcosm of life itself, about friendships, loneliness, deception, and the fragility of human memories. I see it as something short like maybe a Black Mirror or Love Death and Robots episode. 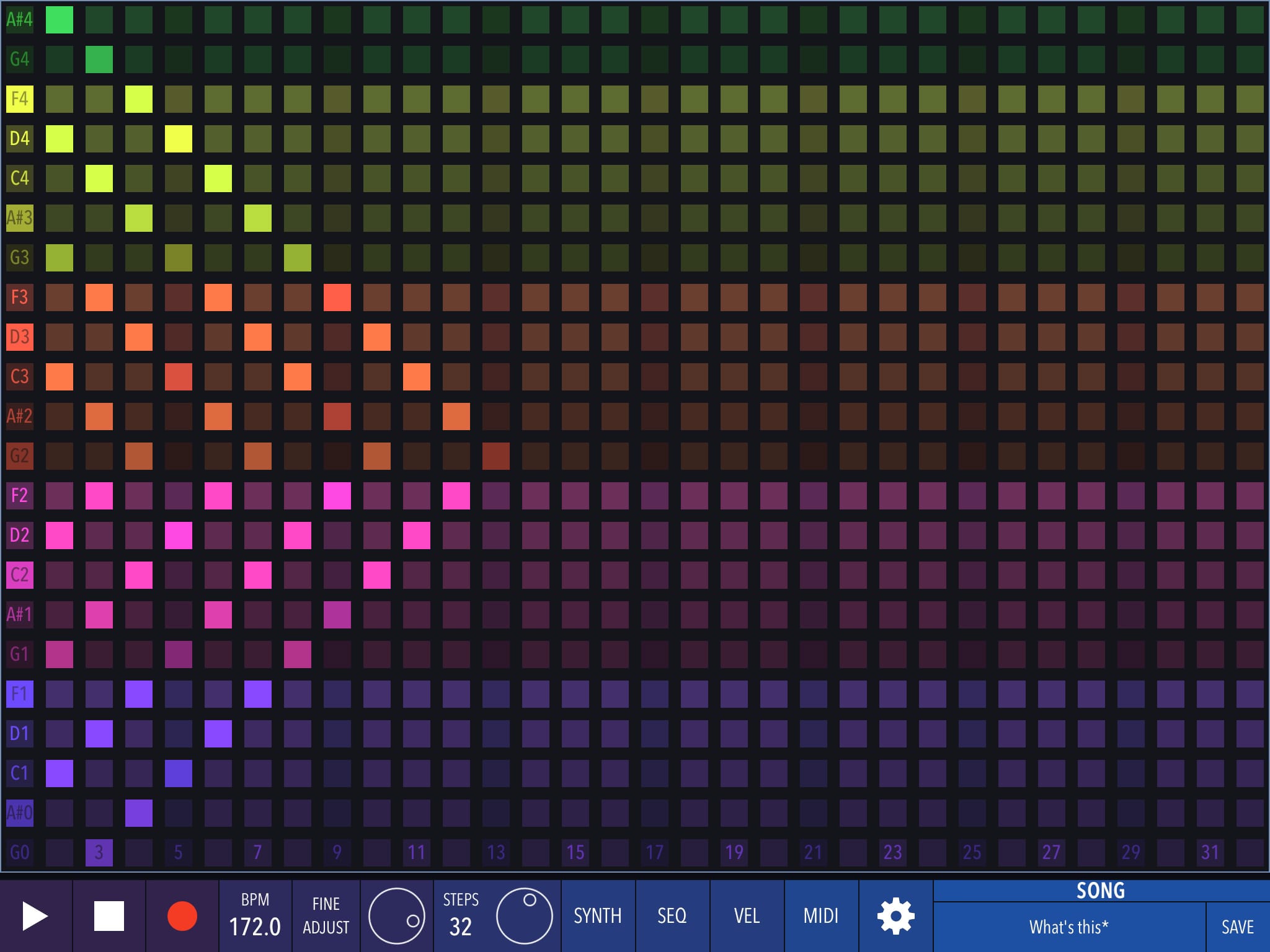 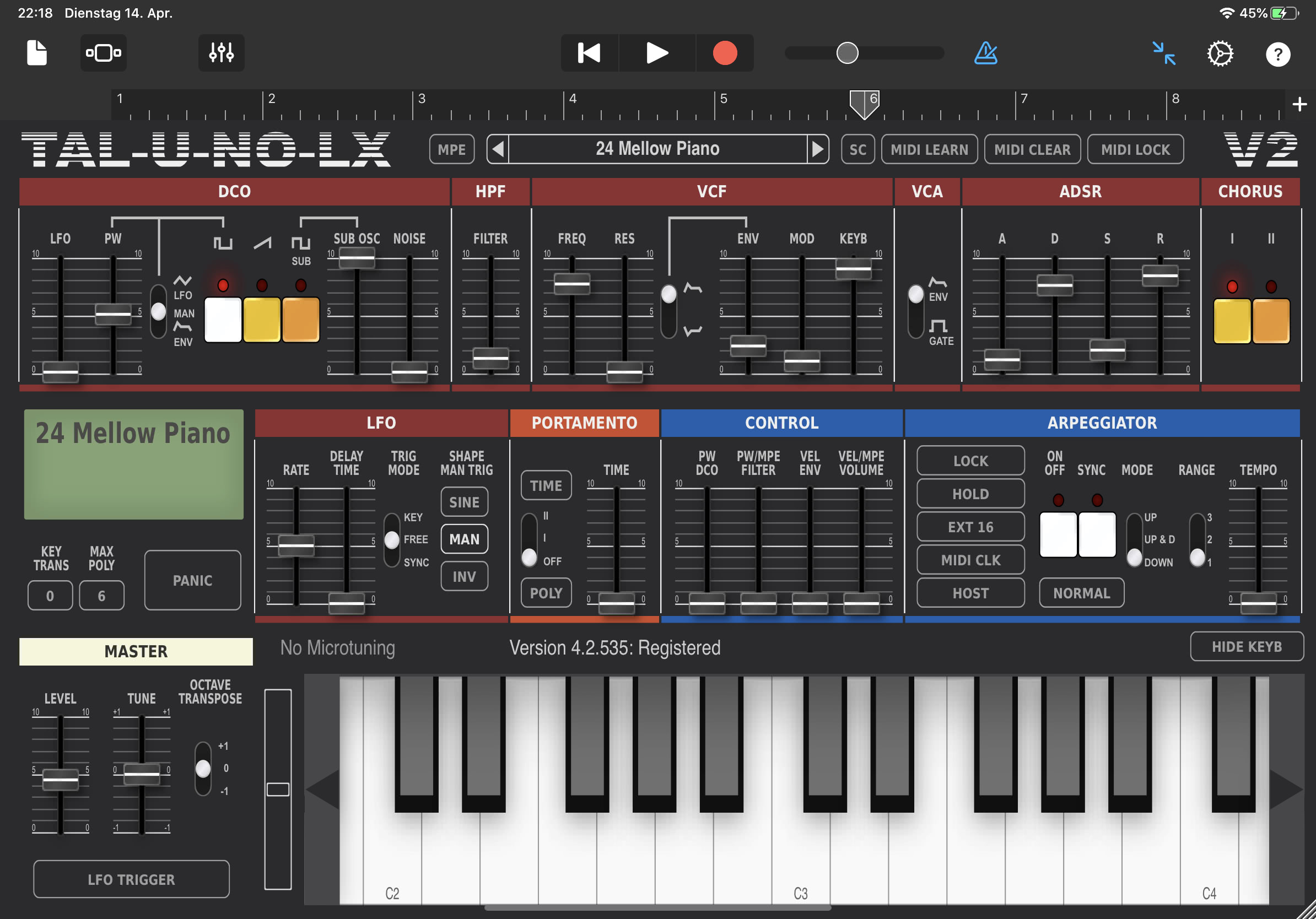 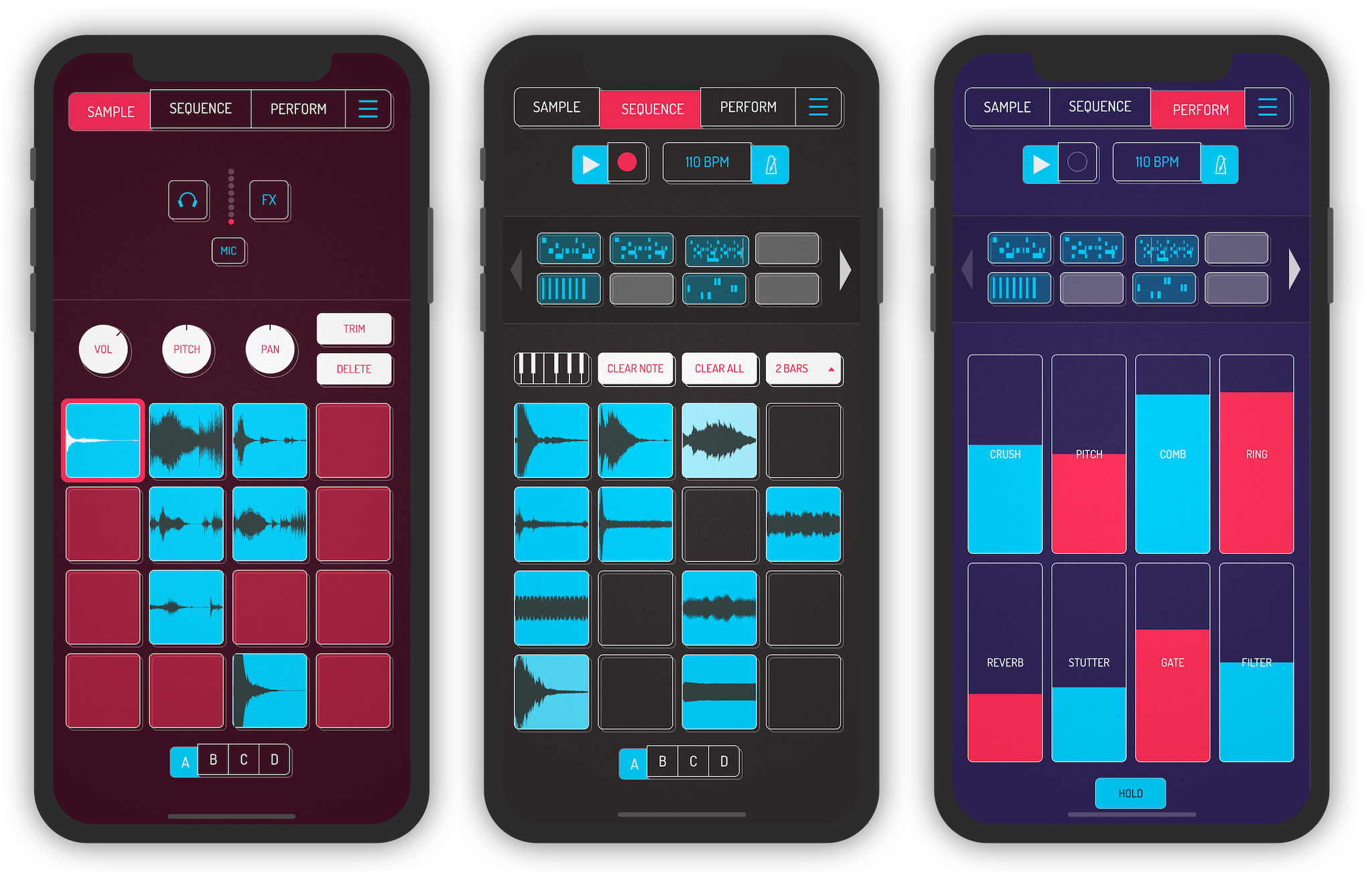 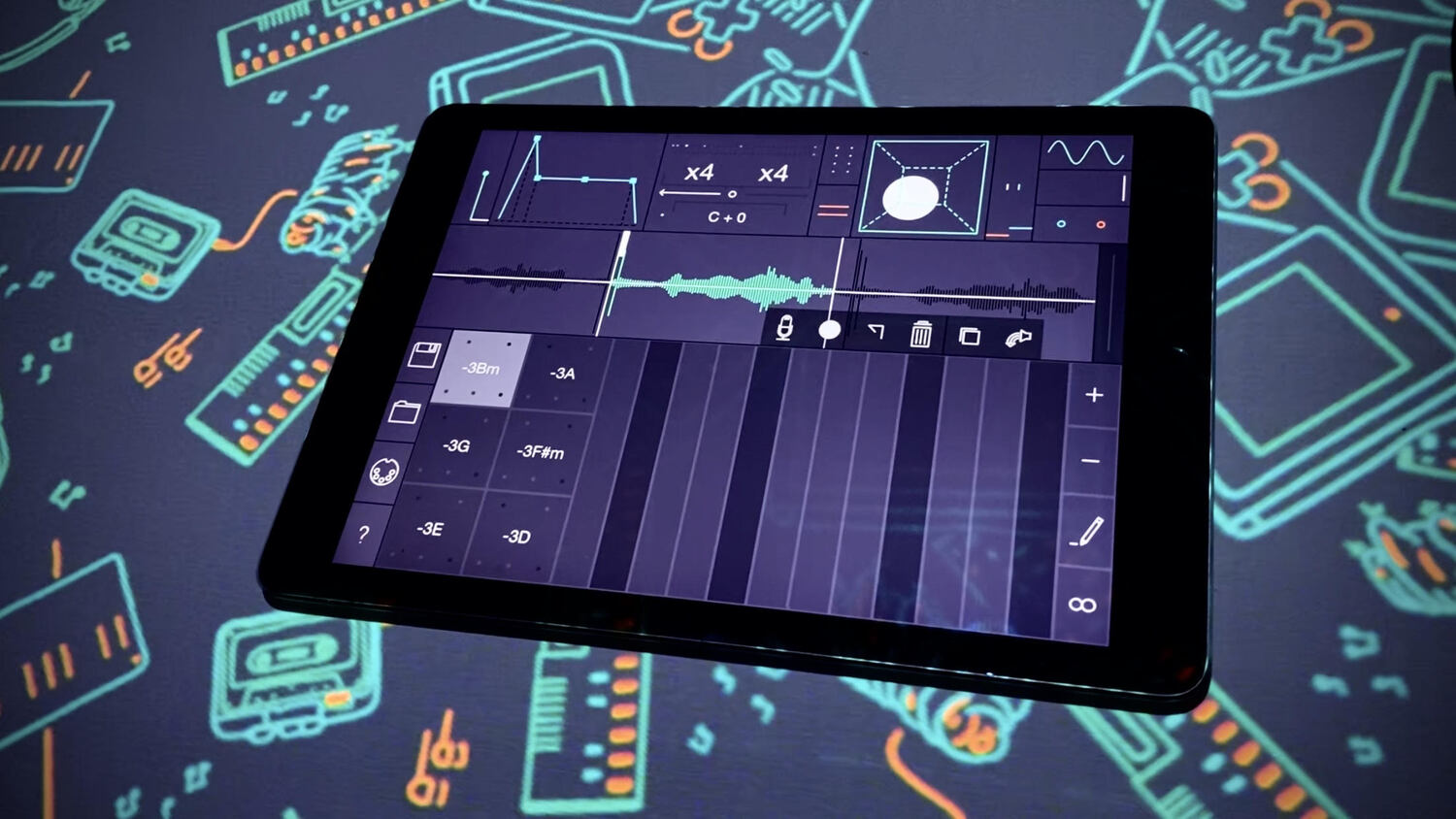 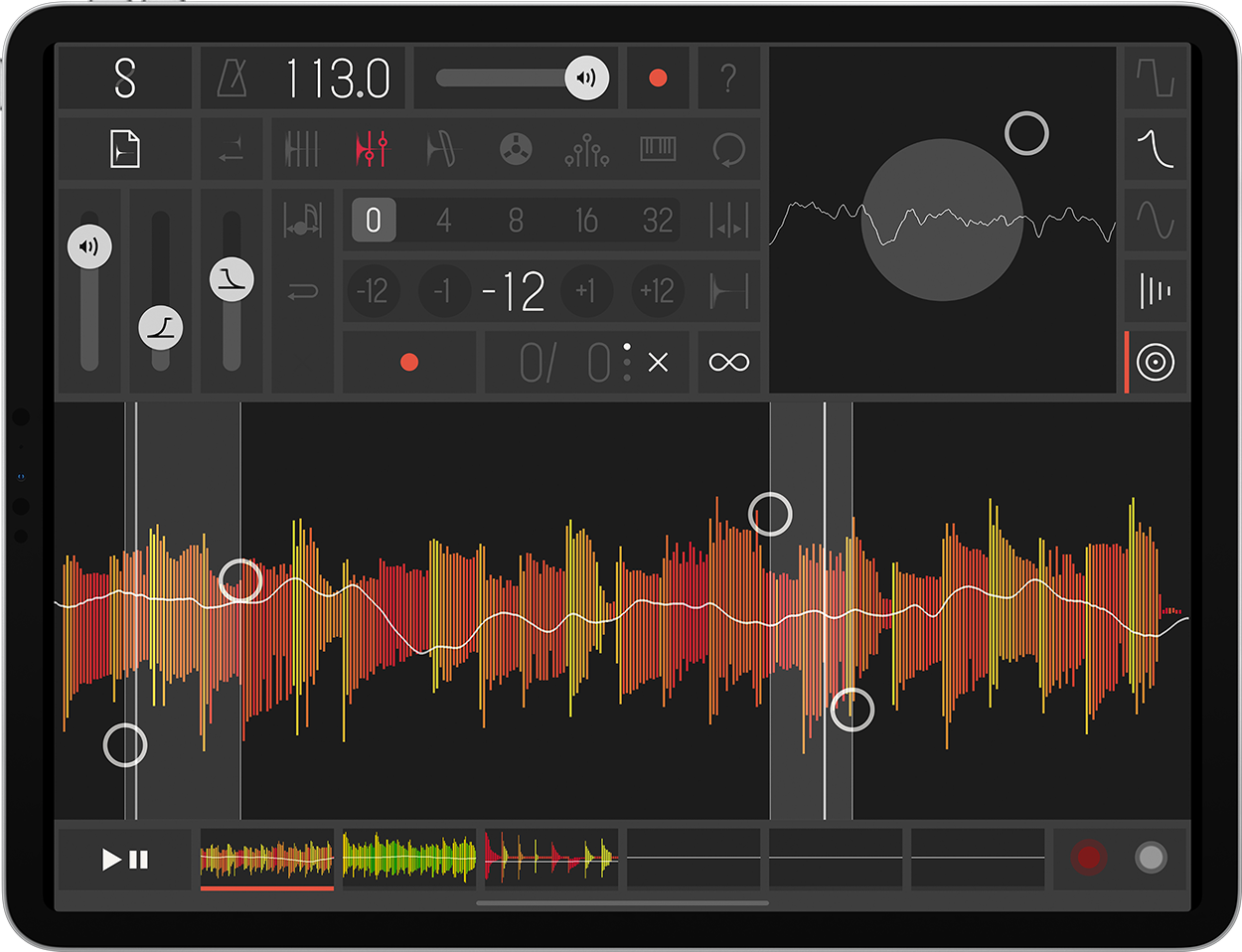 The Story Behind Samplr; A Next-Level Sampler Instrument For Ipad